When technology is something to sing about 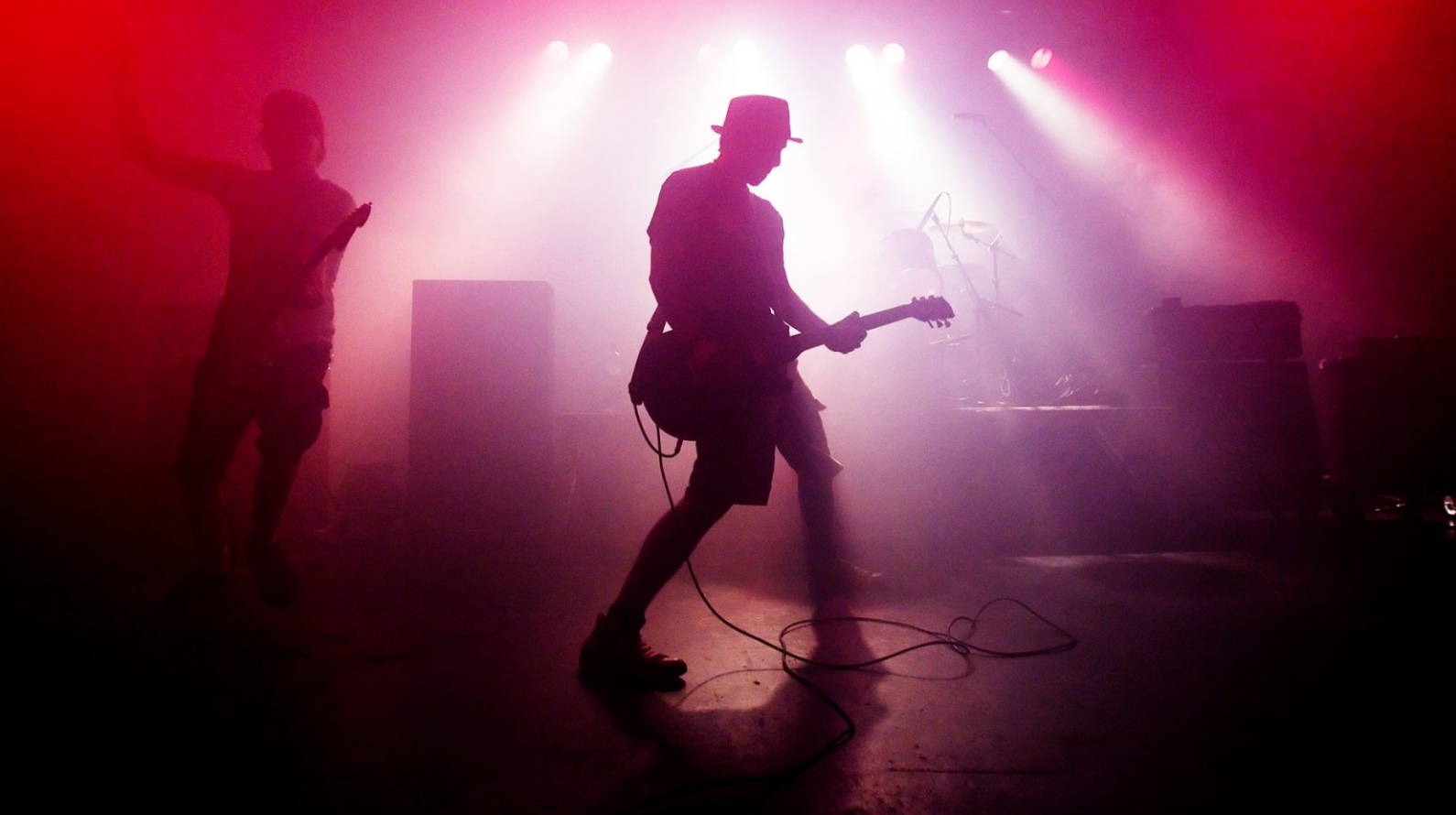 Writing about music is like dancing about systems architecture.

Late musician Frank Zappa once said, “There are more love songs than anything else. If songs could make you do something, we’d all love one another.” That’s mostly true, except when it comes to modern songs about technology.

Songs about tech of the era before microcomputers, such as the radio and telephone, frequently used media as a jumping-off point to express romantic yearnings. The radio, phone, and postal service all were ways for the singer to reach the beloved recipient, whether or not the sentiment was returned.

In fact, this modern crop of tunes has taught me that technology-related songs have seven whole categories of depression, self-loathing, and yes, even humor. Just keep your benzos handy.

Note: This is about technology and computers, not science in general, which leaves off Thomas Dolby’s “She Blinded Me with Science,” Tribe’s “Supercollider,” and their ilk. Also, before you write to me to complain that I left them out, “Computer Blue” by Prince doesn’t count, as it only gives computers a passing mention, and “Paranoid Android” by Radiohead isn’t really about androids. But thumbs up for “The Hitchhiker’s Guide to the Galaxy” reference.

What are those seven categories? I’m so glad you asked.

Hackers are the Internet’s bad boys, but they’re often tougher behind a keyboard than they are in real life. Because of this, threats in songs about hacking are about as physically improbable as your experiences in gym class. As “Weird Al” Yankovic tells a rival in his 1999 song, “All About the Pentiums”:

Your motherboard melts when you try to send a fax
Where’d you get your CPU, in a box of Cracker Jacks?
Play me online? Well, you know that I’ll beat you
If I ever meet you I’ll control-alt-delete you

The band Dual Core—the name itself a hat tip to CPU architecture—has another song that’s explicitly about hacking. “All the Things” (2012) references breaking captcha codes and DNS spoofing while drinking Red Bull and vodka. Clearly the duo of Dual Core makes all sorts of good decisions.

Don’t prove we’re human unless we really hafta
My team built schemes that destroyed recaptcha
Hate what they see, finish this chapter
By the way we’re not any geeks, we hack into NASA

To unearth more amusing songs about technology and geek culture in general, I encourage you to delve into the world of nerdcore. Nerdcore demonstrates that you don’t have to be cool to follow music.

Technology songs that are about emotional need

In “Deeper Understanding” (2011), Kate Bush paints a picture of technology acting as an emotional surrogate, filling needs that others around her do not. It’s a poignant song (especially when you watch the video), as Bush recognizes that many people spend more time with their technology than with people:

The 2018 song “The Man Who Married a Robot” by The 1975 speaks about a man who turned to technology when he was lonely. When he dies, his house is still lonely, inferring that technology does not fulfill us.

This is a story about a lonely, lonely man. He lived in a lonely house. On a lonely street. In a lonely part of the world. But, of course, he had the Internet.

Mind in a Box’s 2010 song “8 Bits” shows that we’re not the only ones who need empathy. Our computer avatars need love and understanding too:

8 bits are enough for me
This is not where I should be.
My life is more than information
I want a life beyond emulation

Congratulations, Mind in a Box. You predicted “Wreck-It Ralph” by two years.

In some songs, technology (or the robots) win

“Video Killed the Radio Star” (1979) by The Buggles is more about the change in medium from radio to video, but these lyrics place it neatly in a technology category:

(A good example of this can be seen in “Clubbed to Death“—a.k.a. that tune from “The Matrix”—which was built on Elgar’s Enigma Variations.)

More important, the theme is still relevant: Forbes recently announced it will use AI to prewrite articles for journalists, a potential step in replacing them altogether. Video may have killed the radio star, but AI will replace us all.

“The Robots” (1978) by the technophilic band Kraftwerk and “Technologic” (2005) by its spiritual successor Daft Punk both have neutral lyrics. In the case of the former, a downward shift in tone gives the song a slightly menacing feel.

As for “Technologic,” the driving repetition of the lyrics highlight the fact that technology and humans are inextricably intertwined:

View it, code it, jam – unlock it
Surf it, scroll it, pause it, click it
Cross it, crack it, switch – update it
Name it, rate it, tune it, print it
Scan it, send it, fax – rename it
Touch it, bring it, pay it, watch it
Turn it, leave it, start – format it
Technologic
Technologic
Technologic

It’s dispiriting to think about this dependency, but at least the song lets you dance away the pain.

Although humans fear the idea of their robot overlords, the robots in David Bowie’s “Saviour Machine” (1970) are just bored with us:

They called it the Prayer, its answer was law
Its logic stopped war, gave them food
How they adored till it cried in its boredom
Please don’t believe in me, please disagree with me
Life is too easy, a plague seems quite feasible now
Or maybe a war, or I may kill you all

At least that’s better than Avenged Sevenfold’s “Creating God” (2016), where the singer surmises that developing a positronic brain will lead to the death of the human race:

Broadcast me, scrambled clean
Or free me from this flesh
Let the armchair cannibals take their fill
In every cell across wilderness

Crosby, Stills, and Nash’s song “War Games” from the 1983 soundtrack of the movie, has a soldier questioning orders from a computer:

Can you stop your instincts
Can you man your thought control, sir?
Will you give the last command
Or lie to a good soldier

He never gets an answer, and we’re not sure he obeys. But it’s clear that he’s uncomfortable with a tin-pot commander that’s actually made of tin.

Jean-Michel Jarre’s collaboration with Edward Snowden (yes, that Edward Snowden) in “Exit” (2016) is about the importance of technology and privacy. Here, Snowden’s dialogue warns us about loss of digital freedom:

I’m describing his dialogue as an optimistic call to action, to stand up for our rights, because all this angst is giving me agita.

Songs about the tech industry

In the 1979 song “The White-Collar Holler,” Stan Rogers sings about the drudgery of coding:

Well, I rise up every morning at a quarter to eight
Some woman who’s my wife tells me not to be late
I kiss the kids goodbye, I can’t remember their names
And week after week, it’s always the same

He dreams of the day he can leave the office behind, but meanwhile, he’ll follow his prescribed routine, including making love to his woman “at 10:53.”

At least he has someone in his life. “Code Monkey” (2006) by Jonathan Coulton is about a lovelorn programmer who gets no play from the office receptionist:

Code Monkey hang around at front desk
Tell you sweater look nice
Code Monkey offer buy you soda
Bring you cup, bring you ice
You say no thank you for the soda cause
Soda make you fat
Anyway you busy with the telephone
No time for chat

Songs about technology and sex

In Electric Light Orchestra’s song “Yours Truly, 2095” the computer makes promises she won’t deliver on, because back in 1981, ELO predicted incels:

I met someone who looks a lot like you
She does the things you do, but she is an IBM
She’s only programmed to be very nice,
But she’s as cold as ice, whenever I get too near
She tells me that she likes me very much
But when I try to touch, she makes it all too clear

And then, Neil Young’s 1982 song “Sample and Hold” is what happens when these incels are put in charge of creating sexbots:

Hair: Blonde
Eyes: Blue
Weight: 110
Disposition: Even
Mood Code: Rotary Adjustable
I need a unit to sample and hold
But not the angry one
A new design, new design

Despite an overload of depressing themes in songs about technology, some can be romantic. A little-known rockabilly song by the Polecats lays it out to a potential partner:

The singer wants the thrill of a new relationship and of new technology? “Make a Circuit with Me” (1982) completes me.

But for the pièce de résistance, an untitled song from the film “Napoleon Dynamite” (2005) explains what we adore about the Internet: It facilitates real-world matchmaking. Here, Kip sings—poorly but with true sincerity—to his bride Lafawnduh, who he met online. At the altar, he tells her:

We met in a chat room
Where love can fully bloom
Sure the World Wide Web is great
But you, you make me “salvavate”
Yes I love technology
But not as much as you, you see
But I still love technology
Always and forever

Honorable mention: A baby boomer coming to grips with technology

In the 2012 song “Analog Man,” Joe Walsh uncomfortably defers to the younger generation:

Welcome to cyberspace, I’m lost in a fog
Everything’s digital, I’m still analog
When something goes wrong, I don’t have a clue
Some 10-year-old smart-ass has to show me what to do

Joe, whatever you do, don’t tell the kids to get off your lawn. You’ll need them to do your tech support.

Right. I know there are important songs I missed. Tell us about it on Twitter.