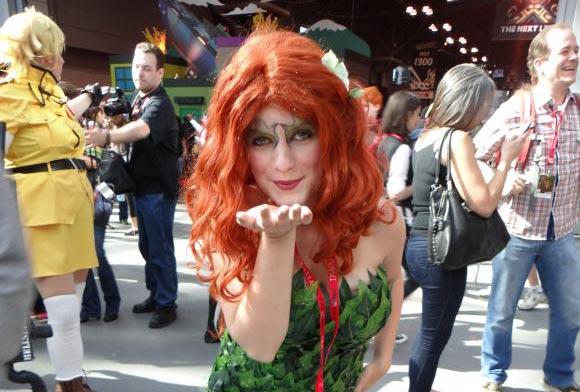 Fans who attended this year’s New York Comic Con can agree that this year’s festivities were quite a success. With appearances by William Shatner, David Duchovy, Gillian Anderson, Kevin Smith, John Barrowman, Sylvester Stallone and many, many others, 2013 was as lively and jam-packed with entertainment as anything NYCC has done before.

We say “jam-packed” for a reason: This sold-out show was stuffed with cosplayers and photographers galore — almost to the point of bursting. But it was worth braving the crowds for glimpses of the wearable art known as cosplay. Every year, the costumes become more elaborate, more eye-catching and more fun.

In case you weren’t among the lucky ticket holders, here’s a look of some of fabulous costumes we got to see.