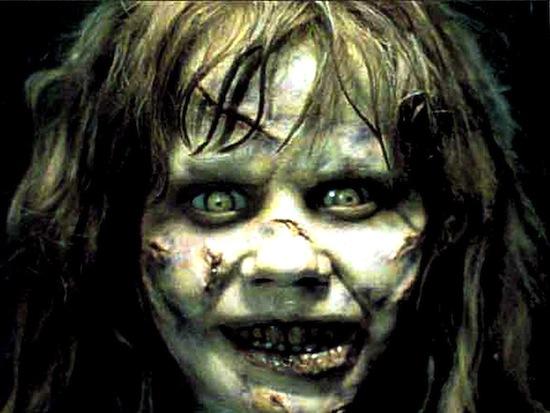 Viewers watch horror movies because they love a good fright. But who’s watching the watchers of horror movies? Scientists and researchers, that’s who, and they’re doing so because horror movies are a ripe field for those who want to learn more about the physiological and psychological responses to fear.

Or maybe they just want to rewatch Jigsaw get a saw in his throat, because that never gets old.

For the second of our 31 posts celebrating the 31 days of Halloween, take a look at what science has learned from horror movies.

Credit: Wrong Side of the Art

As anyone who’s ever sat through a good horror movie knows, the good parts increase your heart rate. But it turns out that watching a horror film can actually increase your white blood cell count. This means if you’re attacked by Leatherface, your body can heal itself from (minimal) chainsaw wounds.

Can you genuinely be traumatized by a horror movie? If you’re the 22-year-old woman who watched The Exorcist and experienced “intrusive thoughts of demonic possession and flashbacks of the film,” then the answer is yes. It seems that some viewers may be susceptible to “cinematic neurosis” if they identify with the “narrative/cultural factors of the film.” The paper doesn’t cite the patient’s particular similarities with the movie…although we highly doubt she was once possessed by Satan.

If you love a melodic soundtrack, you may not love ones from horror movies. It turns out that horror movie soundtracks differ from other genres in that they have less music…and more “noisy screams.”

The reason we respond to horror movie tropes (zombies and vampires) may stem from evolution: In the distant past, we avoided predators with sharp teeth, and “being disgusted by rotten, disease-causing meat is a safety reflex….This is why we are now scared of vampires with pointy teeth and zombies with rotting carcasses.”