Cosplayers who are not white, thin, or physically able thrive at NYCC 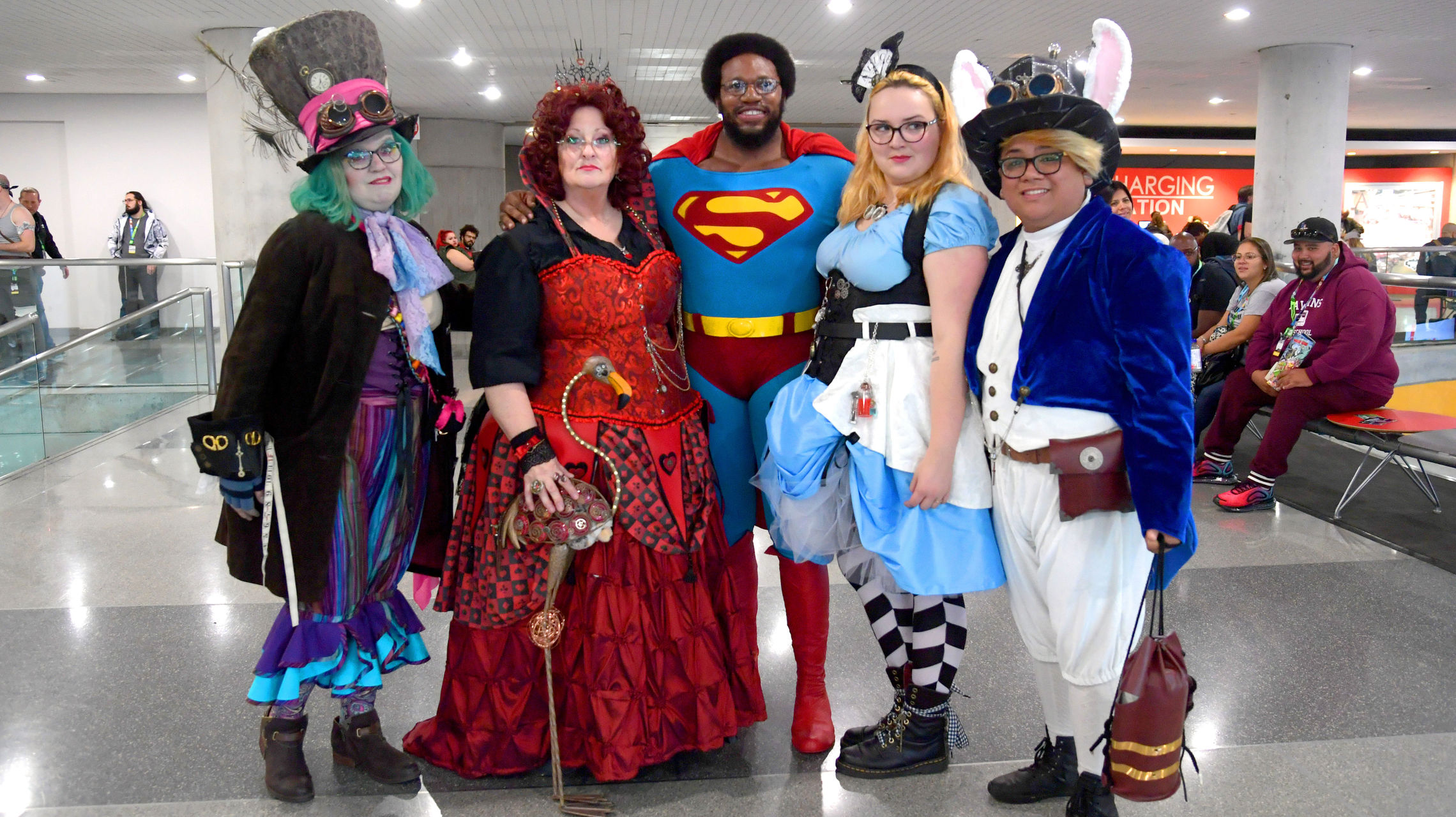 Cosplaying isn’t just a fashion statement; the pastime also helps its participants embody the characters they love and do their best to assume the traits they admire, like bravery or kindness. But even as the entertainment industry begins to make strides in increasing diversity and representation, the fact remains that most of the characters fans see on the screen or on the page tend to be thin, chiseled, healthy, and white — and many cosplayers are none of those things.

Luckily, the industry’s slowness to adapt to reality has not stopped cosplayers from finding their joy, one bolt of fabric at a time.

At New York Comic Con, cosplayers gathered to celebrate diversity during three convention panels and gave props to cosplayers who are differently abled, differently sized, and of a variety of different racial backgrounds. During these three sessions, “Cosplay and Disabilities: Incorporating Diversity and Accessibility into Costumes,” “Muslim Fandom: Geeks, Nerds, Cosplayers, and Creators,” and “Cosplay While Plus Ultra,” panelists encouraged cosplayers to live their best fictional lives.

As we learned in these panels — and see at every big convention — cosplayers of all sizes and shapes sew whatever apparel they require and wear it with pride. Cosplayers whose skin is darker or lighter than their favorite heroes portray characters of any color: black, white, or perhaps green.

When I spoke to cosplayer Kareems Dreams at NYCC he said that “I like to portray characters who I like to celebrate,” including ones who are neither his race nor gender. Notably, Kareem Dreams has cosplayed as a gender-bent “male” version of Rey from Star Wars. reem (@kareems.dreams) on 6 months ago

“Skinny, muscular, tall, fat, whatever,” cosplayer La Jazzi Redd told me. “If I connect to that character, and I have a vision for it, there will be a sewing machine.”

Each of the three panels had the same message: Cosplay because it’s fun. Cosplay because you want to share your enthusiasm. Cosplay whoever or whatever you want, with whatever spin on the character you want, as long as you’re respectful. However, each panel had a slightly different emphasis on how fans can achieve these goals.

But cosplay doesn’t just connect a lone participant with a wider community, as we learned during the “Muslim Fandom” panel. Cosplay is actually rewriting the script on the perception of Muslim women.

“Dressing up at Comic Con in your hijab will totally and profoundly change someone’s perception,” Farah Zulaikha, a United Nations Ambassador, model, and cosplayer, said. Fans no longer perceive a Muslim woman as stereotypically “weak and powerless,” Zulaikha said, when they’re dressed as sword-wielding/gun-toting/energy-blasting superheroes.

In “Cosplay While Plus Ultra,” panelists spoke about the importance of feeling comfortable with your body, no matter what your size.

“Don’t shrink yourself to the tiniest space possible,” La Jazzi Redd said after the panel. “Instead, love you, and stand exactly where you are.”

“I wanted characters I love to look like me,” noted Maliha Fairooz, a mental health educator. Toward that end, she incorporates her hijab into cosplay and has organized groups of hijab-wearing cosplayers for costume competitions. (You can find the results at the Twitter hashtag #HijabHeroes.)

In the case of cosplayers with physical disabilities, some work their wheelchairs into their costumes, as is the case with La Jazzi Redd, who suffers from advanced tricompartmental degenerative arthritis in both knees. (Side note: Children who use wheelchairs can receive a cosplay wheelchair for free, as we gloriously saw during the “Cosplay and Disabilities” panel, thanks to the nonprofit Magic Wheelchair.)

In other words, some cosplayers tweak the characters so that they’re not screen-perfect but they’re perfect for them.