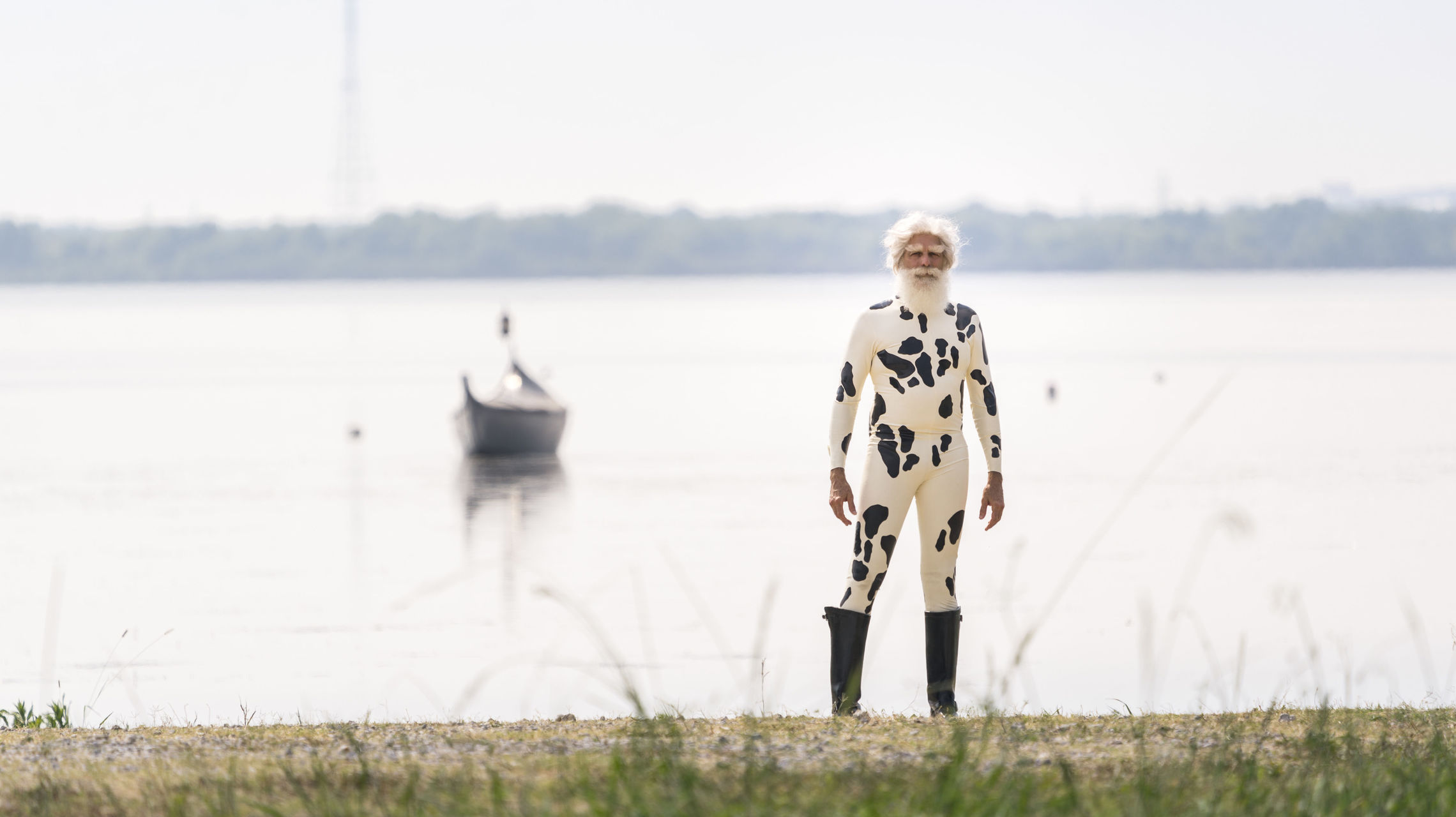 If you’re not watching Preacher, you’re missing out on one of the most fun and most off-kilter shows on television. Preacher, about Jesse Custer, a petty-criminal-turned-preacher who has been imbued with supernatural power, is on a quest to confront God. The show is a dizzying blend of humor, horror, drama, and character study, frequently found in the same anarchic scene.

Really. At one point in Season 3, two characters fight each other in another character’s entrails

The final season, Season 4, begins Sunday night on AMC. Actress Julie Ann Emery, who plays the zealot Lara Featherstone, discusses what we’ll be seeing as Preacher rides off into the sunset.

So what can we expect when we’re expecting the Preacher finale?

You can expect a lot of carnage. I kill a lot of people. You can expect more Featherstone and Tulip action. You can expect Ruth [Negga, who plays Jesse’s girlfriend Tulip] and I to go to battle again. It’s very action-packed; the scripts never breathe in Season 4. We’re definitely on a fast train to the Apocalypse. 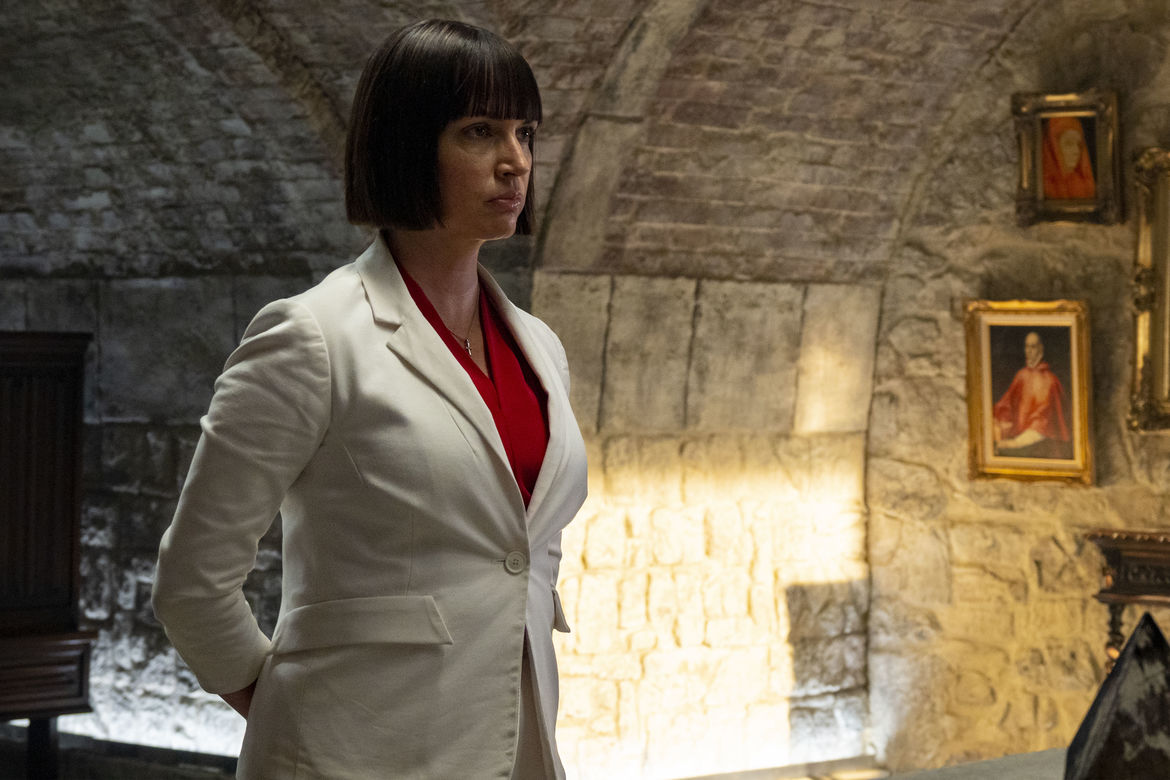 That sounds both scary and hilarious.

What I like about [Preacher] is the tone mashup. It really is Seth Rogen and Evan Goldberg’s “off” sense of comedy that pushes all boundaries, mixed with our showrunner Sam Catlin’s Breaking Bad sensibility: The character work [is] grounded in something real. Even in our most absurd circumstance on Preacher, as performers, we’re expected to ground it and experience it as human beings — or in Joseph Gilgun’s case, as a vampire. I would never have expected that to work together, but it does, really beautifully, on Preacher.

Preacher is based on the based on Garth Ennis/Steve Dillon comic book. Did you get to work with writer Garth Ennis?

Once you’re on set, it’s the director’s job to give notes, so I would get any of his notes filtered through a director. But we’re all desperate to make sure Garth is happy. He’s a lovely guy.

Much like our writer’s room he’s soft-spoken and a little unassuming. He doesn’t seem like the guy who wrote the freakin’ Preacher comics. He’s written some of the most twisted graphic novel series. You would never know it to sit and chat with him. He does not seem like the person whose brain that came out of.

Will we be seeing more comic book storyline?

[In Season 4] Jesus DeSade and Frankie Toscani have made an appearance; fans of the comics will be happy about that. We’re going to get more backstory on the entity that’s inhabiting Jesse, the thing that’s giving him his powers. That’s in the comics as well.

Have you finished filming Season 4?

Yes, we wrapped almost a month ago. We started filing at the end of January in Melbourne, Australia. Preacher was always meant to move. The comics took place all over the world. We needed a desert and a city, but not an identifiable one, so Australia became attractive to [the showrunners].

We also [have a scene] that takes place back in time in Ireland. South Australia doubles very well for that. We flashed back for Joe’s character, and I can’t talk anymore about it. 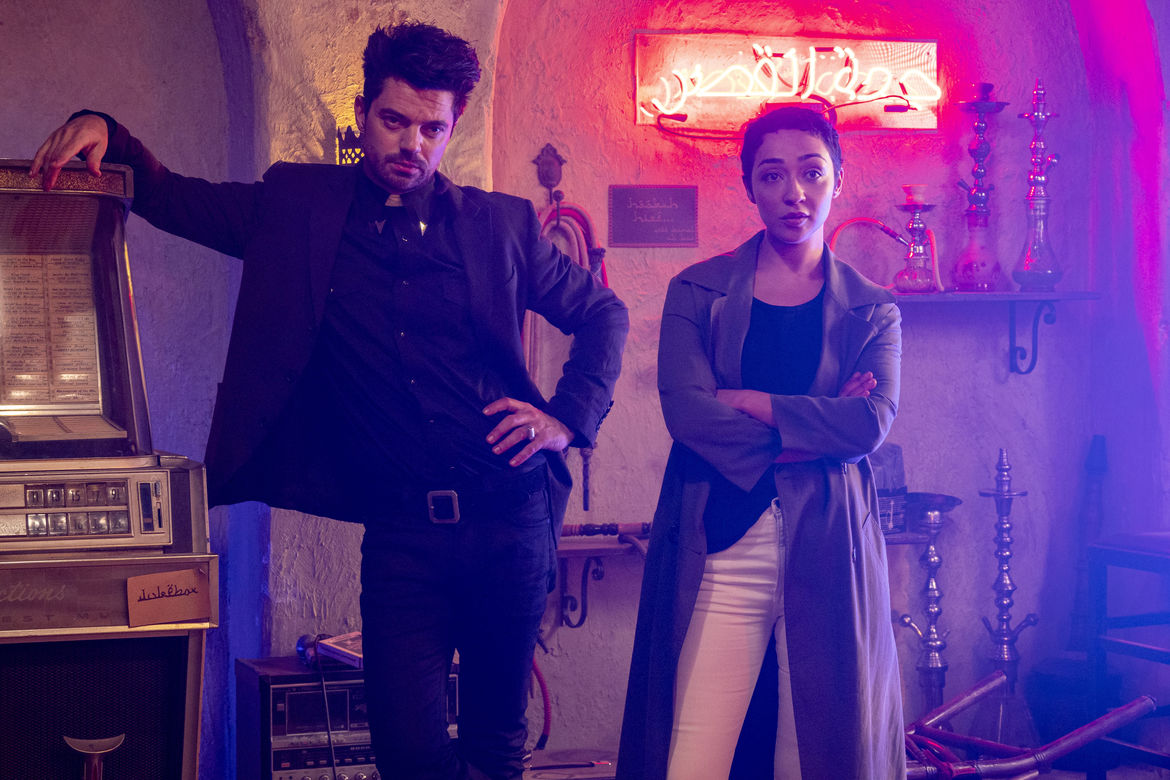 So this means you know how the finale wraps up….

I…[pause]… [The showrunners] will arrest me. It’s explosive. There’s something at the end that surprised all of us. Our show continually intersects and veers away from the comics, and I think the finale is the same.

I’m really happy that we got to choose to have an ending for Preacher, instead of it petering off in the distance and not ever having a final ending. A story like ours deserves an ending, and I’m really pleased it got one. Especially in the sci-fi/fantasy world, it’s important for those show to wrap up.

So why is it more important for sci-fi/fantasy shows, as opposed to dramas, to have a definitive ending?

We’re not a procedural show. We’re telling a specific story. When you build a sci-fi/fantasy world, you build an entire world that the audience buys into with you, and you set your characters on a specific journey. It’s particularly important not to end mid-stream and to tell a complete story.