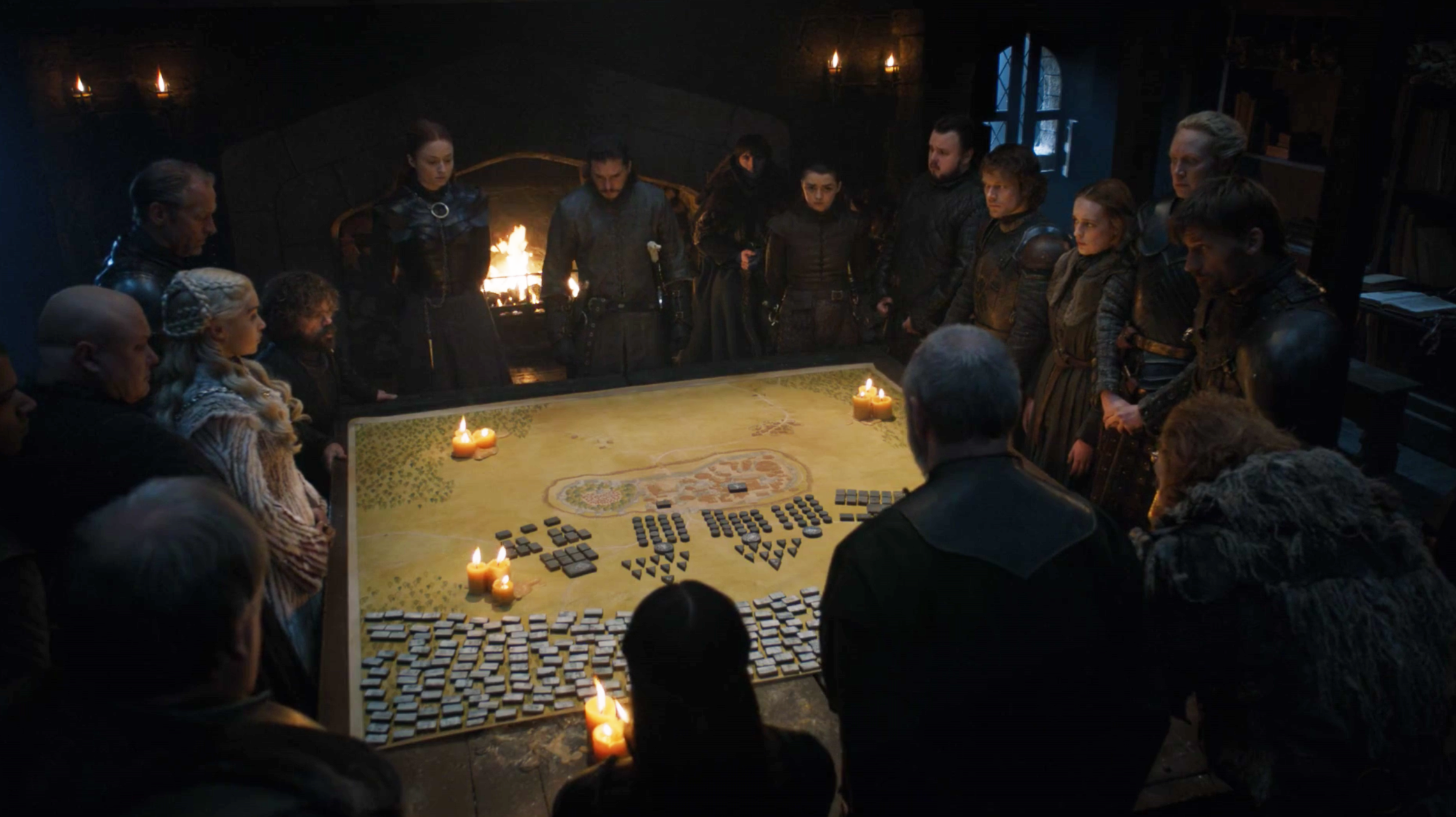 In the second episode of the final season of Game of Thrones, “A Knight of the Seven Kingdoms,” winter has come, and with it, an army the undead. Jon Snow has devised a battle plan to defend Winterfell, and ultimately the realms of men. So what does a U.S. military officer have to say about these best-laid plans?

Sadly, Jon Snow could use the help of the evil yet battle-savvy Ramsey Bolton right about now.

Colonel Paul Meagher, USMC, looked at Jon Snow’s tactical battle map, in the image above, and sees that it’s dark and full of errors. And he’s well-qualified to say so, as Col. Meagher is a graduate of the Advanced Command and Staff Course, Defense College of the United Kingdom, with an MA in Defense Studies from King’s College, London.

For one thing, Meagher doesn’t understand why Jon would form up his armies outside the castle.

“Why expose yourself when you can use the defenses to channel the dead to your advantage?” the colonel says. “Force them into kill zones where you can subject them to attack from several directions, and they cannot effectively respond.”

In the military, a kill zone is an area designed to funnel, trap, and kill an enemy, where combatants are ready to quickly eliminate their target. “Castles are killing zones made of stone,” writes the military newspaper Stars and Stripes. Winterfell has dragonglass-encrusted ramparts, a formidable gate, labyrinthian crypts, and is surrounded by fiery trench pits — all of which will be hard to breach. It makes more sense to bring the fight indoors.

Bran Stark is the one who suggests that the Winterfellas use him as bait, to lure the Night King into the open. Rather than having Bran sit helplessly in the Godswood, Meagher would send him south, to keep him out of harm’s way. (We suggest Dragonstone, a defensible island made of undead-killing glass.) Meanwhile, he would “set ambushes for the Night King” who would clearly pursue the young Three-Eyed Raven.

That said, Meagher thinks that Jon shouldn’t focus on defending Winterfell at all. Rather, he should spend his energy taking the fight directly to the Night King and his White Walkers.

“I’d put together a force of specialists [who] make it their sole job to kill the Night King,” Meagher says, recommending Jon, Arya Stark, Ser (!) Brienne of Tarth, Tormund Giantsbane, Sandor Clegane, Ser Jorah Mormont, Grey Worm, and Ser Jaime Lannister, but only because he has a Valyrian steel sword. “But they should be outside the castle. Hidden but mobile, and able to take out the Night King and his personal escort, winning the battle at a stroke.”

The Night King is considered a “center of gravity,” by military doctrine defined as “the source of power that provides moral or physical strength, freedom of action, or will to act.” Meagher said, “He is the target, which if destroyed, also destroys the army of the dead.”

We learned this in the Season 7 episode, “Beyond the Wall,” where we see that killing a single White Walker leads to the deading of the far more numerous wights.

“To his credit,” Meagher said, “Jon knows the Night King is the center of gravity.”

The wild cards in this particular fight are the dragons. Drogon, Rhaegal, and Undead Viserion will play a pivotal role in the battle to come, for a few reasons. One, they can fly. Two, they can singlewingedly decimate armies and walls alike. And three, Chekhov’s gun. Playwright Anton Chekhov said that if you have a gun in the first scene, it must absolutely go off. Therefore, if we have three dragons, one of which is now on the Night King’s side, we must see some dragon-on-dragon fighting action.

As book readers know, the last time dragons fought against each other occurred during the Targaryen war for succession, known as the Dance of the Dragons. It resulted in death and destruction for dragons and riders alike. This doesn’t bode well for our heroes Daenerys and Jon, who will likely take to the skies. Observers may also find themselves collatorally damaged.

As for the Night King, he should have an easier time of winning than the living. “The Night King shouldn’t do anything more than surround Winterfell. His forces don’t need food or resupply, the besieged occupants do. Let them start to starve and force them to do something stupid,” Meagher says.

Meagher — and anyone else paying attention — is skeptical about putting the non-combatants into the Stark family crypt for safety. “The Night King can raise the dead. He can create reinforcements within the defenses and among the most vulnerable,” he said.

It’s an important point to mention, as we know the crypt will play a part of the season’s promised bloodshed: It features prominently in the awesome new title sequence, as well as the Season 8 teaser trailer.

Pity the task of strategizing has gone to Jon Snow, who almost lost the Battle of the Bastards to the cooler-headed Ramsay Bolton. Instead, it should have gone to Tyrion Lannister, who hands-down won the Battle of the Blackwater.

That’s what Tyrion does. He plans winning campaigns, and he knows things. And he does it while drinking.