Why Do People Not Read Science Fiction? Reading From Only One Side of the Brain 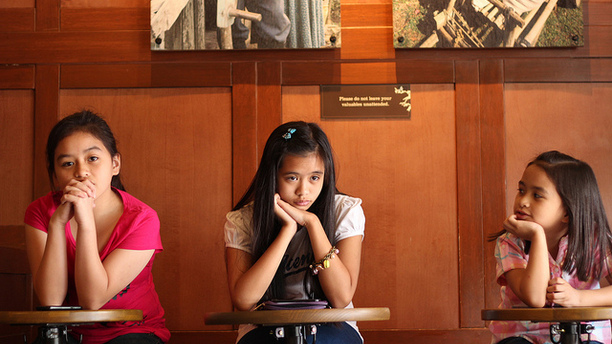 I’m a proselytizer. I like to spread the word: Science fiction, fantasy, and everything that lies in between and bleeds around the edges are great choices of reading material.

Frustratingly, most book readers do not share my enthusiasm.

As an experiment, last month I gave four non-genre readers a modern genre short story to read, then interviewed them about the experience. I only convinced one reader to consider speculative fiction when selecting his next book. (A fan of Frank McCourt, he is currently reading the works of Edgar Allen Poe and needs suggestions.)

As for the other three readers, even though they enjoyed the stories presented to them, they politely said “thanks but no thanks” to a repeat experience.

The books that I savor are full of brilliance and wit and wonder. Why people don’t read science fiction and fantasy continues to baffle me.

The reasons are varied but inarguable — science fiction holds only a 6% market share, according to research done by the Romance Writers of America in 2005. (1)

Why does speculative fiction not appeal to mainstream readers? The answer, “It just doesn’t interest me” does not interest me. So after years of observation, I’ve drawn a few (non-scientific) conclusions. The answers are more complex than a choice to avoid the science fiction section of the bookstore.

Since speculative fiction is about challenging established assumptions, ideas that were previously established can change instantly, giving readers all new concepts to keep in mind. Speculative fiction can be a juggling act, and the readers have to keep track of every arcing ball. These books do not make for light reading.

More importantly, the word “science” is embedded within the phrase “science fiction.” “Science” implies school, work, and drudgery to those not in the know. People searching for that browsable book for the airplane or the beach therefore do not find the breezy Chicks in Chainmail anthologies, even though they fill the same need as chicklit novels.

Some readers need to be presented with context before engaging with the material.

The ability to suspend disbelief is not an issue. People do it all the time, in life (whether or not to believe the innocence of guilty-looking toddler) as well as in fiction (the body in the library is not a real body, just a construct).

Janine Cross (Touched by Venom) says that some readers have a problem with “context.” She described a situation where her reader’s book club, composed of librarians, teachers, and mothers, read Philip Pullman’s The Golden Compass.

“The discussion on [The Golden Compass] was an eye-opening experience for me…. The concept of a parallel universe seemed not only utterly foreign to them, but also difficult to grasp…. I absolutely had not expected such overwhelming puzzlement, both from those who liked the book and those who didn’t.

“Perhaps if the women had been told in advance about the concept of a parallel universe, they may have been able to relax into the story and accept the alien.”

If readers had been forewarned, they might have been able to arm themselves against the vagaries of untraditional literature. Rather, they had to change their assumptions about the setting as they read the book. This might be confusing to some readers.

Perhaps reading genre material is a skill, one that can be acquired, but one that not everyone has.

Mainstream readers do not think the same way.

Readers of mainstream fiction are frequently more interested in reading about the “here and now,” rather than the “then (or even ‘when?’) and there.” Although this is only extrapolation, perhaps only a percent of the population are able to “think” like an F/SF reader.

Because of this, science fiction can be considered reading from both sides of your brain.

I have no hard evidence, only anecdotal — I’ve noticed a number of science fiction fans are left-handed, perhaps a higher concentration than average: eighty-five percent to ninety-two percent of the adult population is right-handed.

Another article says, “Left-handed persons are thought to process information using a … method in which several threads can be processed simultaneously.” (4) Again, this is a skill necessary to read certain genre books, for example, David Brin’s Kil’n People, where copies of one character split off and race to solve a mystery together before they expire.

Speculative fiction is a taste acquired from a young age.

Is there a correlation? I can only speculate. (If there are conclusions to be drawn, I suggest a psychologist or neuroscientist should do so. And perhaps hold a study on the reading choices of adults who learned to read before the age of 5.)

Young science fiction fans are also introduced to the genre through television shows such as Star Trek or Doctor Who, even before they read. Sometimes, the fascination continues to hold.

Despite overwhelming evidence that science fiction is a genre of mature ideas and intelligent writing, mainstream society still holds that speculative fiction is for 12-year-olds with overactive imaginations, something that readers grow out of over time. “Nerd cool” and the fortunes of Bill Gates have not reworked that image.

Why do I think this? In a previous article, Darren Nash of Orbit Books says that sales of Robert Jordan’s Wheel of Time series increased after changing the cover art from a fantastical setting to simple graphic.

This tells me that readers who do not feel comfortable reading a fantasy book on a train or in a park were more likely to do so when absolved of perceived social awkwardness.

Science fiction just does not interest most readers.

When I ask acquaintances and relatives if they read science fiction, and they say they don’t care enough to do so, I find this answer frustrating. But it is a viable one. Sports do not engage my attention for more than a few minutes, if at all. If a sports fanatic explains that baseball is a metaphor for life, I may appreciate the thinking behind it, but I do not share his passion.

Although the future of human evolution, cheap access to space, genetic manipulation, and unicorns, labyrinthine castles, and divination fascinates me, it may be equally uninteresting to the above sports fan.

People are already reading science fiction and fantasy — they just don’t call it that.

These best-sellers stayed firmly in the fiction aisle of the bookstore. See if these plots have a ring of familiarity:

• A young boy goes to wizard school to develop his talent for magic while avoiding the evil sorcerer who killed his parents. (Harry Potter series by J.K. Rowling)

• Dinosaurs are genetically revived and take over the theme park that houses them. (Jurassic Park by Michael Crichton)

• After the collapse of the United States and dire environmental conditions hamper fertility, some women are forced into bearing children for the elite. (The Handmaid’s Tale by Margaret Atwood)

And according to the Romance Writer’s of America, a small percentage of romance books are deemed “paranormal.” This means it contains fantastical content.

Author Louise Marley (Singer in the Snow) says, “I think the other reason they don’t call [these books] science fiction is simply marketing. Mainstream or any genre except perhaps literary novels have such a much larger bite of the market than science fiction and fantasy gets.

“But The Time-Traveler’s Wife by Audrey Niffenegger, that’s by every definition science fiction; although the science fiction basis isn’t too solid, I think our genre would have accepted it.… It was a huge success, but how many time-travel novels have there been?”

Is having your book marketed as “science fiction” a bad thing? “Only from a sales standpoint,” says Marley.